Smartphones are probably the most useful gadgets ever designed but, unfortunately, not the safest.

Given their overall popularity and the tremendous amount of personal information that we store with our phones, they’ve become a favored target to hackers and other cybercriminals.

Therefore, it’s important to understand various ways how your phone can be hacked as well as recognize the signs of intrusion into your device.

It’s only by knowing how cybercriminals operate that you can take effective measures to secure your personal data and prevent your phone system from being compromised.

Why Do Phones Get Hacked

Today, you can hardly imagine your life without carrying a smartphone in a pocket.

Your phone always comes in handy when you need to use online banking, go on shopping, check social media, or get in touch with somebody.

We spend a lot of time with mobile phones, and therefore they contain more information about us than any other digital device.

That being said, somehow our beloved smartphones, especially the ones that work on Android, are way less secure than laptops and personal computers, which means we are constantly putting ourselves at risk of having our phones hacked.

So what are the main reasons why phones get hacked?

First of all, phones get hacked because they contain tons of sensitive information that can be profitable for malicious actors.

This, for example, can be your credit card details or account credentials that grant access to your financial assets.

Hackers can also steal your private photos, videos, or content of communication with other people to blackmail you into paying them.

With the rise of cryptocurrencies, your smartphone can also be used as a part of a botnet for mining crypto.

Another reason why hackers focus on breaching into people’s smartphones is a comparatively smaller amount of effort that needs to be put into the process.

Strangely enough, modern cybersecurity seems to be revolving more around computers and servers rather than smartphones.

That is why smartphone hacking is considered to be less complicated, and, of course, hackers absolutely love this.

How Your Phone Can Be Hacked

There exist many different ways of how your phone can be hacked.

Here are the main ones:

Mobile malware and spyware are the two types of malicious programs developed to cause harm to a smartphone owner.

Spyware is a special piece of software that monitors activities on your smartphone, collects your sensitive information, and sends it out to its creator.

Malware is another type of malevolent software.

It rather aims to harm your personal data and prevent the proper functioning of your phone.

Usually, both malware and spyware have to be physically installed on your phone.

Suspicious websites and apps they are hosting can also be a source of potential virus infection.

For example, clicking on rogue links and pop-ups that appear on such websites can trigger a hidden script that secretly downloads malicious software on your smartphone.

Harmful code could also be embedded into the apps that, from the first glance, seem to be completely innocuous.

Sim jacking (also sim swapping) is a hacker attack that transfers your mobile phone number to a sim card of a hacker.

After getting ahold of your phone number, the thief can reset your email password and get access to all accounts associated with your mailbox.

Phishing is a cybercrime in which cybercriminals hack your phone by sending you a text message or an email.

Phishing can also be performed through social media messages.

The content of phishing messages contains deceptive links that, when clicked, download and install malicious software without you knowing that.

Fake public Wi-Fi is an evil twin network set up by a hacker in an attempt to snoop on your connection or redirect you to phishing websites.

When you connect your smartphone to such a hotspot, you expose yourself to a variety of hacker attacks and may have your data stolen.

Bluesnarfing is a cyber attack during which a hacker exploits your Bluetooth vulnerabilities to get inside your smartphone.

Hackers set up such stations to steal sensitive data from incautious individuals wanting to charge their phones.

How To Tell If Your Phone Has Been Hacked

So how to detect that someone has hacked your phone?

Have you ever asked yourself, “Is my phone hacked?”

Here are the main warning signs that suggest your smartphone may have been hacked:

If you’ve noticed that your phone performance has become significantly slower, it may be a sign that your device has been hacked, and there is malware running in the background.

The malware will cause such issues as constant freezes, and also your apps may crash every time you try to use them.

Your phone reports huge traffic and data usage, however, you rarely browse the Internet or use traffic-demanding apps.

Malware on a hacked device will constantly “communicate” with cybercriminals, transmitting your data to third-party servers.

It may also use the Internet to download other viral software on your phone.

However, if suddenly, you battery stopped lasting for as long as it did just a few days ago, it might mean that your smartphone had been infected with malware.

Usually, malware will use a lot of your smartphone resources to do its shady stuff, including your battery power.

If you’ve noticed some apps that you didn’t install, and there were no recent system updates during which those apps could be installed, your phone security might be compromised.

Pop-ups and ads that constantly appear on your smartphone may be a sign that it was infected with adware.

There is a very high chance that your phone has been hacked if it crashes or reboots by itself. It may also turn some apps on without you knowing about it.

Financial losses are one of the worst things that can happen to you if your phone is hacked.

For instance, you may discover some unexpected billings for products or services that you’ve never ordered.

If you hear some odd background noises during your phone conversations or while listening to the audio, your device may be eavesdropped on.

How To Find Out Who Hacked Your Phone

Finding a hacker is a hard and tedious task that can only be performed by cybersecurity professionals.

To get on the track of a cybercriminal, police experts will have to reverse engineer your device and maybe even get into the malware itself to find IP addresses it communicates with or other hints that may help the case.

After that, the police will have to understand the exact location of a hacker, which is also quite difficult.

Let’s not forget that experienced hackers will make everything possible to disguise all traces of the intrusion.

If you really want to figure out who hacked your phone, we will always recommend that you report your case to local law enforcement.

What To Do If Your Phone Is Hacked

Here is what you need to do if your is phone hacked:

1. Immediately change all your passwords

Change all of your passwords, starting with the ones that are most important.

Those may be the passwords to your email accounts and financial services.

We also recommend that you use a password generator to create stronger passwords.

Install mobile security software (if you didn't have one) and run a deep virus scan.

Security software will help you get rid of corrupted files in your operating system and protect your smartphone from being reinfected.

Remove all the apps you don’t recognize.

They may act as a gateway for viruses to get into your smartphone.

Drop all your public WiFi connections and make sure you’ve disabled the automatic WiFi feature (your phone automatically reconnects to WiFi hotspots you saved).

If nothing you do helps, try to restore your phone to factory settings.

It’s the last option that you want to turn to, but if your phone doesn’t respond to any input, this should definitely help.

How To Prevent Your Phone From Being Hacked

Make sure your phone has active antivirus software, and don't forget to update it regularly.

Run frequent manual virus checks — at least once a week.

Use a VPN on your smartphone to encrypt your online traffic and hide your IP.

If you use a VPN, hackers won’t be able to match your VPN-assigned IP with your actual digital identity.

A virtual private network also solidly encrypts your traffic so that no one could dig into your sensitive information.

3. Use only trusted websites

Use only trusted websites.

Always search for independent reviews about a website you want to visit.

You want all the websites that you visit to be authoritative and trustworthy.

After landing on any website, never click on suspicious links or banners. Also, ensure your browsing activities are being protected by antivirus.

Avoid public WiFi or at least turn a VPN on before connecting to a public hotspot.

However, we would strongly recommend that you don’t use public WiFi at all.

5. Do not use your phone as a WiFi hotspot

Do not use your phone to transmit WiFi signal in public places.

If you do, make sure you’ve taken all appropriate security measures.

Some of them might be fake USB stations installed by a hacker to get access to your smartphone while it’s being charged.

Never leave your phone unattended and never give it to strangers.

Sometimes hackers will need to have physical access to your phone to infect it.

8. Look through your apps

Always check what apps have been installed on your phone.

If you spot some suspicious apps, immediately delete them.

Don’t forget to set up lock-screen security on your phone as well as a strong password.

10. Keep your Bluetooth turned off

Always switch your Bluetooth off when you don’t need it.

This will protect your phone from bluesnarfing. 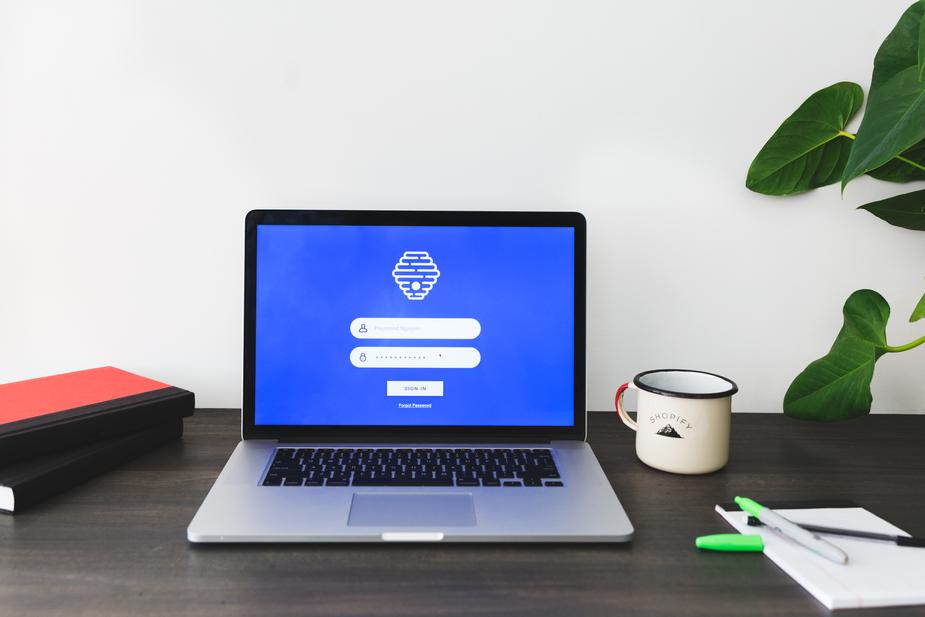 Though VPNs have long been in the global market of cybersecurity tools, nowadays, they’ve become increasingly popular. 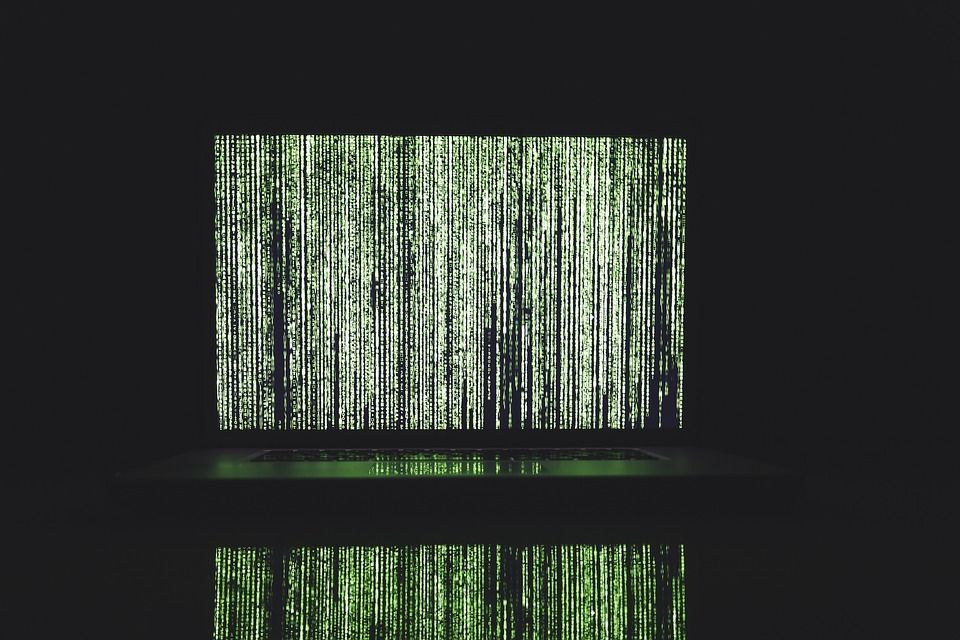 Privacy on the Internet is slowly deteriorating, and we are left to rely on special tools to protect it at all costs. One of the most popular tools available on the market today is a virtual private network.