Today, technologies are developing at a fast pace, and both private individuals and businesses adopt them to accommodate their needs.

The Internet has already become a part of our lives, and we seek to make it a safe and comfortable place.

Therefore, we’ve developed different types of networks that allow us to do so.

In this article, we would like to focus on two of them, particularly VLAN and VPN.

So, what are they?

What Is A VLAN

However, VLANs do not necessarily have to be tied to one spot.

Often, they are located on separate LAN segments placed on different floors of one building, in different buildings, etc.

Communication within a group of such devices is rather based on logical connections as opposed to physical ones.

This allows webmasters to easily cluster individual devices regardless of their location in a manner as if they were interconnected by one cable.

Advantages of a VLAN

Definition Of A VPN

A virtual private network (VPN) is a technology that allows for secure extending of a private network over a public network (the Internet), and it is more often related to remote access to company’s network resources.

Given that public networks do not ensure privacy and protection to personal data, both corporate and private users recognize the need for a VPN as a sound security mechanism.

By connecting to a virtual private network, you can create a safe virtual tunnel between your device and the website you’re visiting.

The tunnel encrypts all traffic that passes through it, hides your real IP address, and makes it possible for you to access geo-censored content.

Looking for a reliable VPN provider?

Take SwitchVPN for a risk-free 3-day test drive and surf the web safely and anonymously.

Get access to all SwitchVPN features. No limits set!

Basically, there are two types of VPN.

These are remote-access and site-to-site VPNs.

While private individuals normally use the first type of VPN, organizations are more likely to opt for the second.

That’s because organizations prefer to implement and manage VPNs on a corporate level for security purposes.

Generally speaking, a remote access VPN is rather a solution for your personal use.

It’s affordable, secure, and robust when it comes to various useful features.

It takes you just a few clicks to connect to one of the remote VPN servers and bypass regional restrictions or simply stay on the safe side: such a VPN will shield you from all kinds of snoopers and hackers.

A site-to-site VPN, also known as a router-to-router VPN, is generally utilized by companies.

For example, company A has two branches: one office in Toronto and the other in Tokio.

To ensure secure internal communication and data transmission between the offices, the company integrated a site-to-site VPN or Intranet.

Company A also communicates with company B that handles all the marketing tasks.

To establish a safe external connection between the offices both companies use a site-to-site VPN or Extranet.

Depending on the type of connection and its configuration, a site-to-site VPN can be defined either as Intranet or Extranet.

Advantages of a VPN

Both VLAN and VPN may be great solutions to meet your demands.

It all rather depends on the functionality and the level of security you want to have.

If you manage an organization and want to divide your existing LAN into smaller chunks for better control, a VLAN will do the thing.

However, if you want to ensure best possible protection to either corporate or your private data, it’s better to use a VPN.

In the age when all our actions can be traced and nothing remains truly private, having a VPN running in the back might be a good idea. Firstly, to make sure you’re keeping the details of your personal life to yourself, and secondly, to protect your sensitive data from being hijacked. 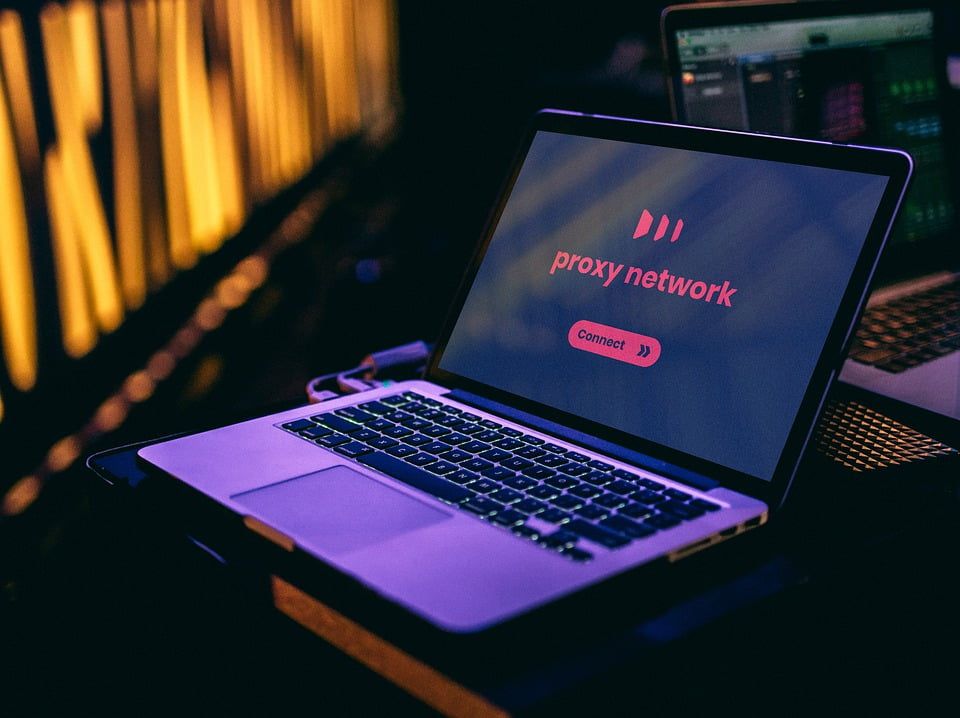 A transparent proxy, also referred to as an inline proxy, intercepting proxy or forced proxy, is an intermediary server between your device (the client) and the requested website (the Internet).