Discord is a great voice chat, video, and text app that can help you connect to communities of like-minded people all over the world.

Sadly, you cannot currently access Discord in China. (Which is ironic, since there is even a community on Discord to help you learn Chinese!)

For fans of this hugely popular communication app, it's a huge blow to find out that Discord is among the many blocked websites that have fallen prey to the Great Firewall of China.

But, a loyal frequenter of Discord refuses to give up!

Thankfully, there is a workaround that can help you access blocked websites like the Discord video and text app and bypass censorship imposed by the Chinese government: A VPN.

Using a VPN, your IP address and location are concealed and replaced by the IP address corresponding to your VPN's server outside of China.

On top of this VPN spoofing, reputable China VPNs encrypt your online traffic, sending it through a secure server in the location you choose.

This process of encryption keeps you safe and off the radar of the Chinese government, hackers, and third parties.

Keep on reading to find out how to unblock Discord from China in 2022 using a VPN.

Is Discord Banned in China by the Chinese Government?

Yes. Regular users who try to make Discord work from Chinese soil will find that it is blocked.

The reason that Discord is blocked in China is because of the censorship efforts by the Chinese government, which strives to keep any Western influence away from the Chinese people.

On top of this, the Chinese government can encourage their own version of social media apps if they block outside apps from their country.

You can get around this block, access Discord, and protect yourself on the internet in China by using a VPN.

How To Access Discord In China With A Virtual Private Network

Unblocking Discord in China using a VPN service is surprisingly simple. All you have to do is follow these steps:

Remember: You will need to download your VPN app from outside of China before using it to unblock Discord, since you will find your VPN websites blocked in China.

How to Choose the Right VPN for Unblocking Discord in China

Not many VPNs are able to break through the Great Firewall of China to avoid censorship imposed by the Chinese government.

Here are the important criteria to look for in a good VPN service for unblocking Discord in China:

The best VPNs, like SwitchVPN, check all of these boxes and are reliably and consistently able to get past China's Great Firewall.

If you get a service with a money-back guarantee, you can check for yourself to make sure you can get Discord working in China.

How to Access Discord in China with SwitchVPN (Step-by-step)

If for some reason you are having trouble, you can access SwitchVPN's live-chat support service for extremely fast troubleshooting support that will get you connected to Discord in no time.

SwitchVPN also offers a 30-day money-back guarantee, so you can see for yourself that Discord is working on Chinese soil before committing to this VPN long-term.

While there are some other services that will work in China, many will give you slow connections, and some will even be lacking in security measures needed to keep you safe and off of the radar of Chinese law enforcement.

What Else You Can Do With A VPN

A VPN is like a jack of all trades.

VPNs can not only help make unblock Discord, but they can also bypass geo-restrictions to access your beloved streaming platforms, like Amazon Prime Video, Netflix, Hulu, or other sites from blocked locations around the world.

If you want to watch your Netflix shows from outside of the USA, all you have to do is connect to a VPN server in the USA, or anywhere else, and you will have access to your shows.

VPNs are also really important resources when trying to safeguard your Internet traffic when you are in places that might be might put you in danger, such as public wi-fi networks, which are hotbeds for hackers and third-party monitoring.

A VPN encrypts your data so that prying eyes will not be able to decrypt your Internet traffic, even if the wrong people get their hands on it.

Keep in mind that free VPNs will not make Discord work in China, and will not keep user data protected the way a reputable paid service will.

Other Apps and Websites Blocked in China

While it is true that you will find Discord banned in China, there are many other apps and blocked sites that have fallen victim to China's censorship efforts. Here are some popular websites blocked by the Great Firewall:

Using the best VPNs for China, you can get all of these sites and platforms to work in China, and you can also make Discord work from anywhere in the world.

So, is Discord banned in China? Unfortunately, yes, but don't throw in the towel just yet. You can make Discord work in China simply by connecting to VPN servers outside of China.

Because not all VPNs work at helping access blocked content in China, it is important to be discerning when choosing a good China VPN.

If you need a VPN that really works in Mainland China you should try SwitchVPN. SwitchVPN has been consistently able to break through China's Great Firewall while offering great security features, like split tunneling, an encrypted internet connection; and it has apps compatible with your Android, Windows, Mac, or iOS device.

You can test out this VPN for yourself to make sure you can get Discord to work in China since SwitchVPN offers $1 trial and a 30-day money-back guarantee. 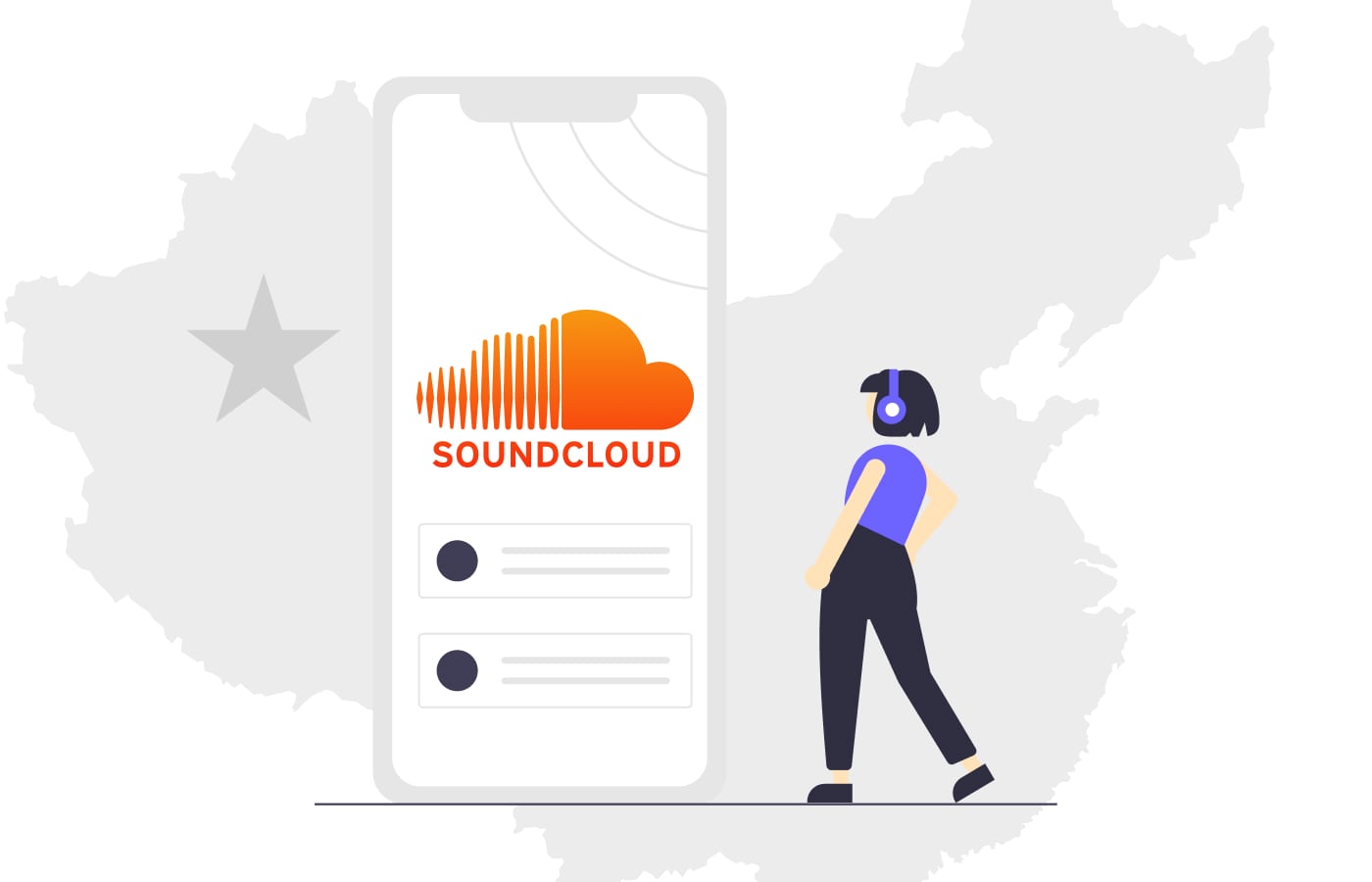 Whether you're an artist looking to upload, share or promote your audio content, or a listener who wants to stream great tracks, SoundCloud is a great app for you.

SwitchVPN - Blog
—
Is Discord Banned in China? Yes. But Here’s a Workaround!
Share this