With more than 500 million Telegram users, this popular messaging app has become a fixture on everyone's device nowadays.

Sadly, if you are planning a trip to Asia, you may have heard that Telegram is banned in China, leaving Telegram users scrambling for a way to access the important communication platform and to send or receive messages even when located on Chinese soil.

After news reports revealed that Telegram was being used as a way to support human rights lawyers in China, who are a threat to the Communist Party, this app was blacklisted...

Thankfully, users looking to access Telegram within China can do this with a pretty simply workaround: A VPN (Virtual Private Network).

Using a VPN connection, Telegram users can connect to a server in a country other than China, encrypting their traffic to make it indecipherable by Chinese authorities and making it appear that they are using this service from outside of China.

Since not all VPNs work in China, it is important to make sure you are using a pre-vetted VPN provider that makes it its mission to get past China's blocks.

Keep on reading to find out which VPN works best at accessing this messaging app in 2022.

Unfortunately, Telegram is one of the many popular messaging apps that is blocked in China.

In June 2015 , it was reported that this app had experienced a DDoS attack on its Asian Pacific servers, which some thought was a Chinese state-sponsored attack.

This led to this app being censored in China.

The Telegram app is recognized as a tool in helping aid whistleblowers and organize support activities for anti-government causes and human rights causes, making it a threat to the Chinese authorities and their mission.

Many believe that this app was blocked after news reports revealed that it was reported to help human rights lawyers in China, who are seen as a threat to the Communist Party.

Since Telegram was allegedly used to help organize support activities for an anti-Communist cause, it was blocked.

What makes Telegram a target is its secure end-to-end encryption, preventing authorities in China from intercepting messages.

Telegram also has a feature that is even more secretive, with messages being set to disappear shortly after they are received.

The last likely reason why China blocks services like Telegram from their country is that they are motivated to direct users to their native Chinese services that are in competition with Telegram, like WeChat, which is closely screened by the authorities in China.

Accessing Telegram In China With A Virtual Private Network

If you are set on using Telegram, with its end-to-end encryption and ability to send and receive messages that will disappear to maintain complete privacy and security, you can do this with a VPN subscription.

By subscribing to a VPN provider from China, Chinese citizens and visitors in China can access any blocked service they choose by connecting to a server in a remote location in one of the other countries around the world.

SwitchVPN is one of the few VPN services that works in China at getting past the Great Firewall to access Telegram, or any blocked website, so you can communicate with your Telegram contacts even in this heavily-censored country.

What Makes A Good VPN For Accessing Telegram In China

Before trying to unblock Telegram with a VPN, keep in mind that not all VPNs work in China at all. In fact, a surprisingly small number of VPN providers will be able to help you get past the infamous Great Firewall of China.

Here are the important features to keep in mind when trying to find a VPN to get you access to Telegram, or any other blocked website, from China:

How To Unblock Telegram In China With SwitchVPN

To unblock Telegram in China with a VPN service, here are the steps to follow:

SwitchVPN has a server network of more than 250 server options in over 43 world locations, including in countries near China for the fastest local connection speeds.

SwitchVPN encrypts your data with military-grade encryption and also has a strict zero-logs policy.

You will find SwitchVPN apps compatible with your iOS, Android, macOS, Windows, and Linux devices, and it is simple to sign up and use the Switch app even if you are not an experienced VPN user.

You can test out SwitchVPN for up to 30 days with no commitment with its 30-day refund guarantee.

Other Websites And Services Blocked In China

Some of the sites and apps that are blocked in China are:

If you want to find a way to access the Telegram app or any other restricted website from within China, all you have to do is choose a reputable VPN company, like SwitchVPN, and connect to one f its VPN servers outside of China.

Using SwitchVPN, your data is encrypted and you will be able to surf that web and message on Telegram under the radar of the Chinese government. 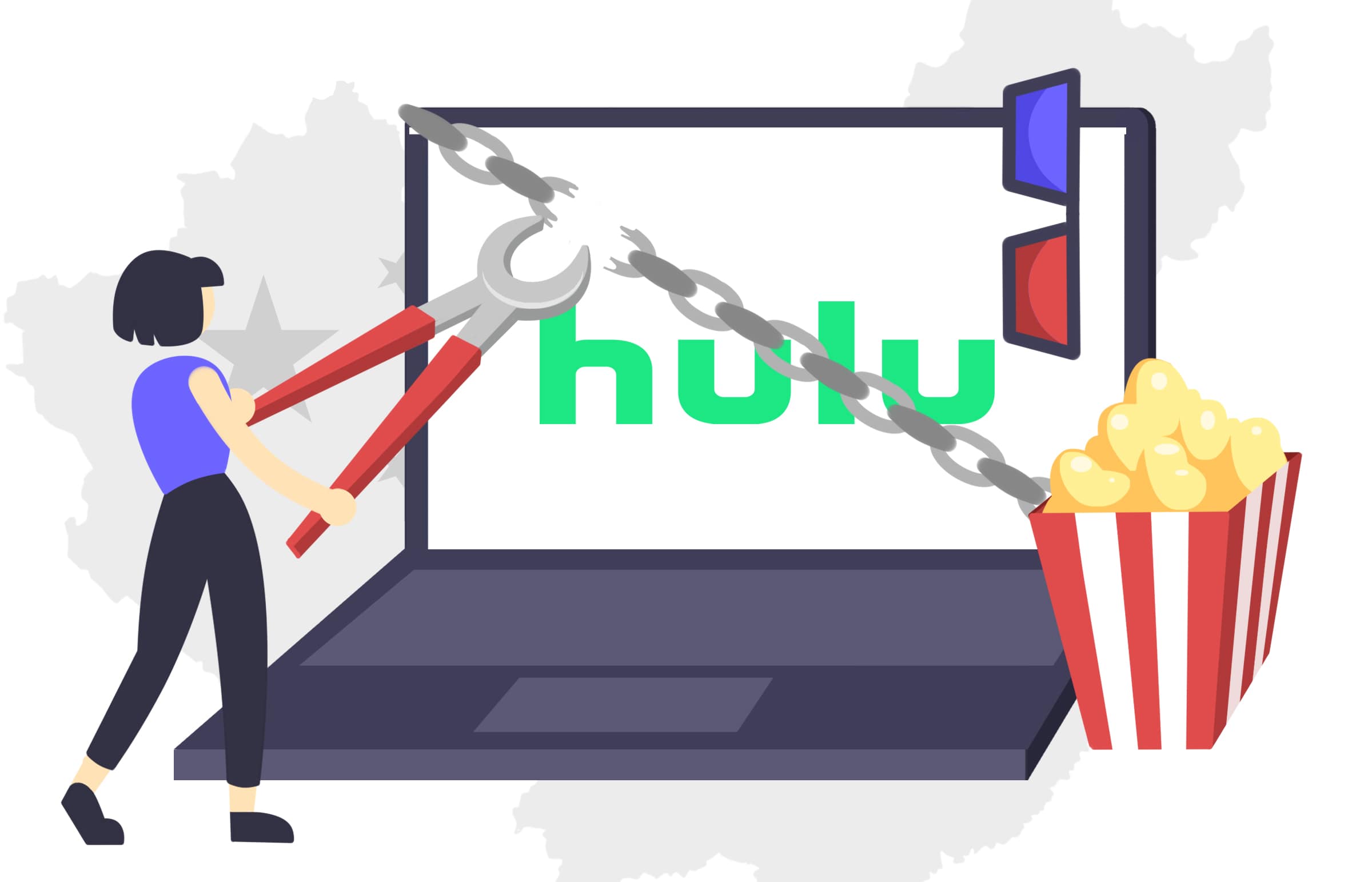 There is nothing more frustrating than being unable to access websites that are an important part of your daily routine; But if you want to access your favorite streaming services, like Hulu, in China, you will be unable to do this using your regular Chinese Internet connection.